Social media giant Facebook has recently entered the metaverse field Metadata it was rebranded as. However, some developers are now using the development to promote tokens. FACEMETA followed an important rally by capitalizing on the popularity of Facebook.

The cryptocurrency market has been underperforming in recent weeks, attracting attention. Token FACEMETA, which uses the name Facebook metaverse project, has increased by more than 50% in the last 24 hours. The project used the name of the social media giant Facebook and its entry into the metaverse space to attract the attention of investors. 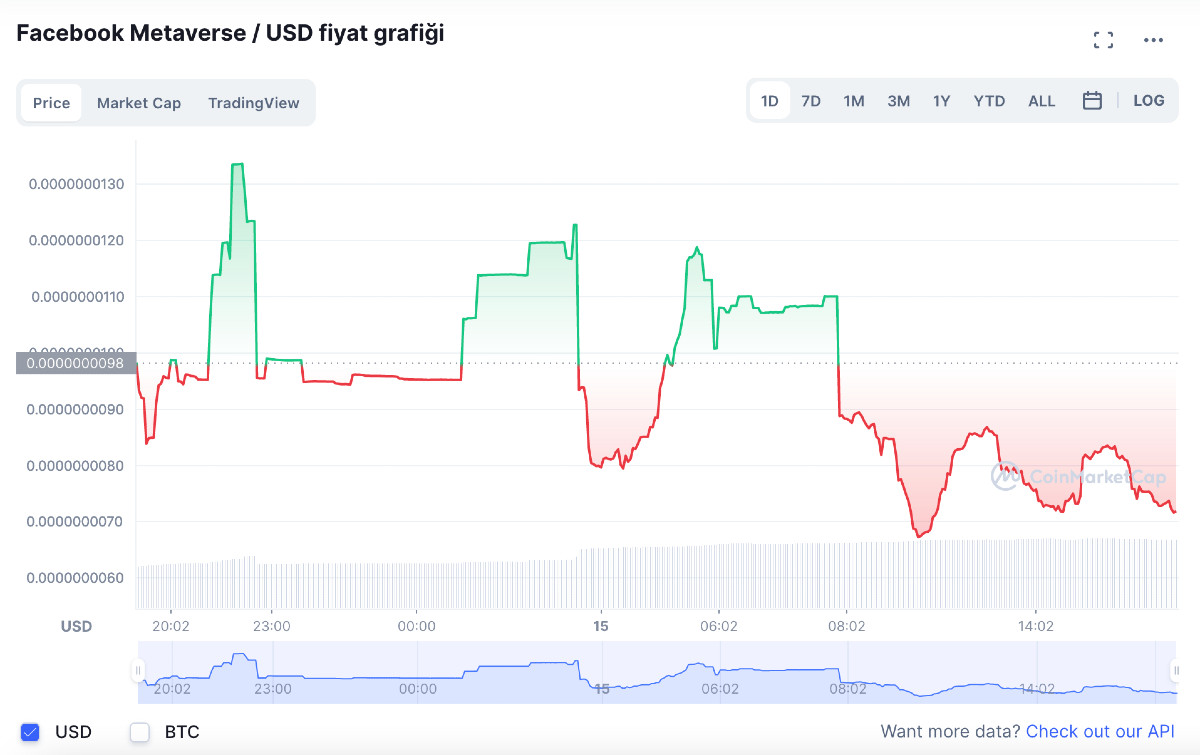 Facebook metaverse is a basic task-based P2E model with a Binance Smart Chain It is a (BSC) project. According to the developers, investors who own a certain amount of FACEMETA tokens are eligible to participate in the game. The project team added that the in-game elements in the tasks are designed to increase the time spent in the game and will include additional tasks. FACEMETA has no resemblance to the giant company Meta. However, he is taking advantage of his popularity to promote his project.

FACEMETA has become one of the best performing crypto currencies on the market over the past 24 hours. Altcoin, which was at an all-time high a few hours ago 0.000000001337 he touched the dollar. The rally came despite the market giants underperforming. Bitcoin is still struggling to overcome the 50.000 dollar zone.

The Balance Sheet of the Stunning Rally

However, the FACEMETA rally cooled down within a few hours and dropped to 0.0000000007143 doalra at the time of writing. However, this upward trend was fueled by speculators rather than serious investors. Some of the investors sold the project, which led to a large price drop within a few hours. There is no clear indication of how the project will proceed from now on. In this regard, projects such as Squid Game and scam, rug pull should be avoided, as in many other examples. You can compare how such projects can be distinguished with the sample article we gave via the Squid Game token.