Discord CEO Jason Citron, on the popular app Ethereum he gave important signals regarding the potential integration of his network. Ethereum investors are excited about this development, while the largest altcoin is trading at ATH levels.

Popular instant messaging application with a community focus DiscordJason Citron, CEO of <url>, said that users MetaMask or WalletConnect through Ethereum he posted an image of the pre-release version of an update that they can connect to his network. Discord; allows users to communicate, make video conferences, and is also heavily preferred by crypto communities. 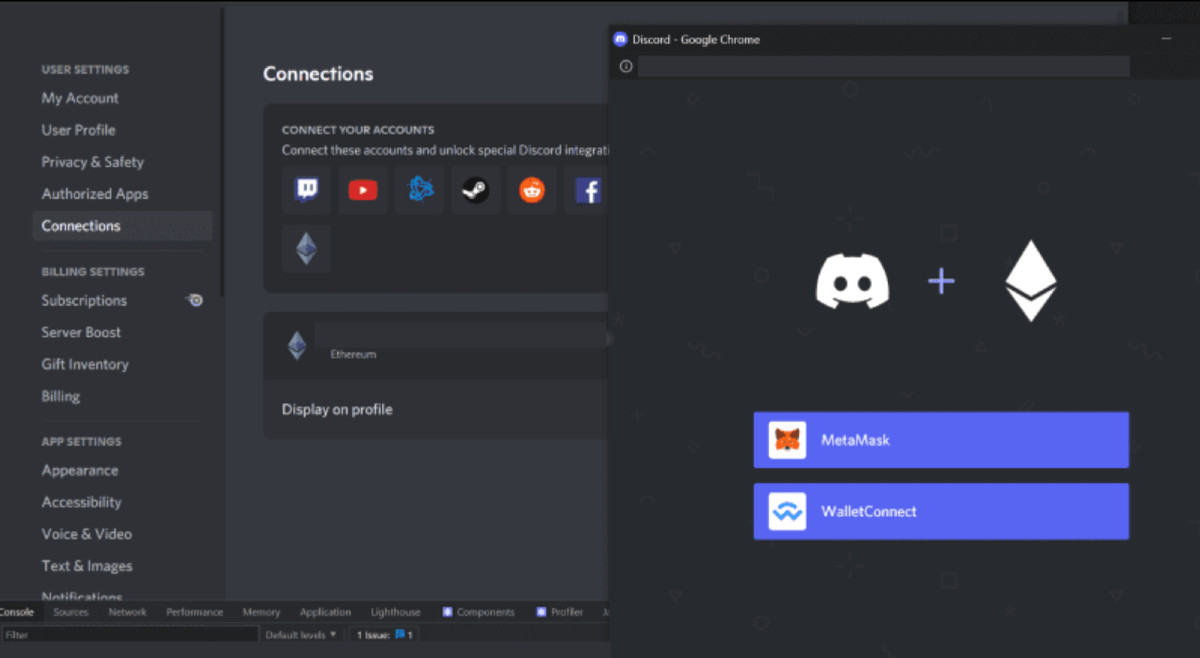 As of today, Jason Citron, founder and CEO of Discord, shared an image of the pre-release version of a future update of the application. As can be seen, the users MetaMask or WalletConnect shows that they can connect to their wallet. No official statement about this has been recorded yet, and some users Ethereum he expressed concern about the scalability issues of his network.

Is the Transition to P2E Coming?

Discord, it is frequented by many online players and many groups of players use this platform to communicate. In addition, almost every cryptocurrency project is installing a discord server with a set of channels through which they are trying to create their community and establish contacts with them. The concept of play to earn is quite a hot topic in the field of cryptocurrency, and it is possible that Discord will try to capture the incoming value whenever possible. In any case, there are millions of people who somehow use Discord for blockchain integration for in-app transactions Ethereum it is likely that it will cause a jam in the network.

The largest altcoin Ethereum reached an all-time high of $ 4, 837 about 4 hours ago. ETH, which is quite close to the $5,000 threshold, is following the uptrend of the leading Bitcoin.

Ripple Wants to Stop the ...